What is Gnomes and Wizards?

Gnomes and Wizards is a board game of dice-rolling combat between tribes of various Gnomes and Wizards. Each player controls a tribe (faction), utilizing their unique abilities, battle tactics, and area control to snuff out their rival. In this 2-4 player game, each faction is comprised of a leader (which starts out on the board) and other units called clans. Your goal is to call out these clans and ultimately defeat your opponent. This is achieved through brute strength, well-executed tactics, and magical abilities. Each unit has their own unique ability and can learn additional abilities as the game progresses. These abilities can be charged through the arcane energy of the Power Crystals. Power Crystals are native to the lands and do not take to the consumption of their energy kindly. As the game progresses, the ground quakes as the rampant energy crumbles the earth around you. At the end of the 10th round, players total their points to declare the winner.

If you are interested in learning more about Gnomes and Wizrds, visit our Kickstarter page. 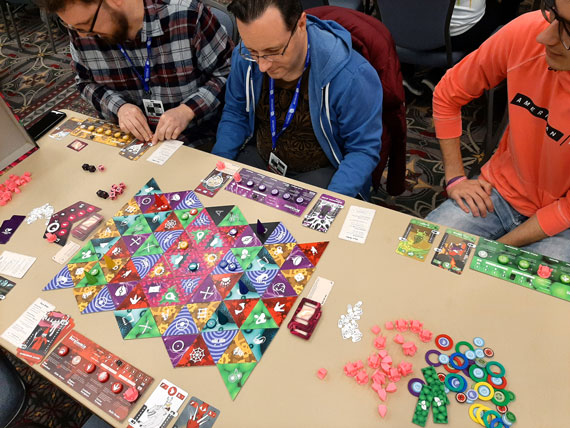 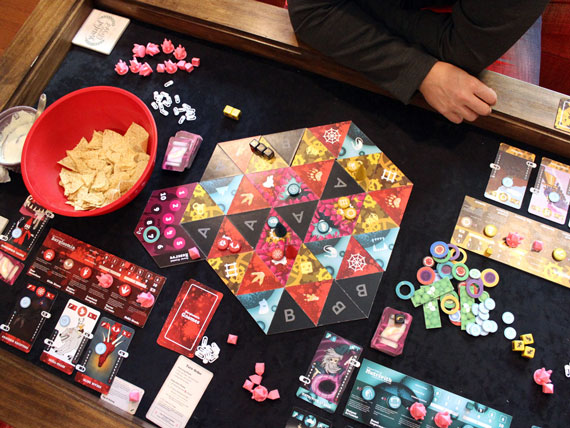